For other uses, see Episode 10.

Episode 10 is the tenth episode of Nowhere Boys Season 2, and the twenty-third episode overall.

Alice has destroyed the talisman and everyone is in shock – now they have absolutely no way of getting Andy back. Whilst the gang debate this, a figure emerges from the bush... 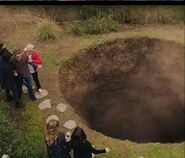 Jake causing a hole in the ground. 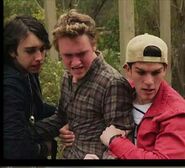 Felix and Sam holding back Jack from the hole he caused. 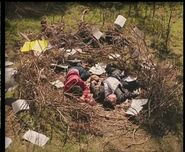 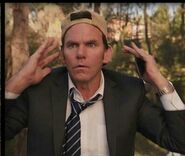 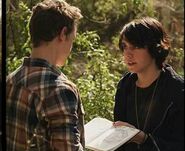 Felix saying to Jake to do the spell.
Add a photo to this gallery
Retrieved from "https://nowhere-boys.fandom.com/wiki/Episode_10_(Season_2)?oldid=23787"
Community content is available under CC-BY-SA unless otherwise noted.